Kierkegaard in The Sickness Unto Death:

A person can go on living fairly well, seem to be a human being, be occupied with temporal matters, marry, have children, be honored and esteemed — and it may not be detected that in a deeper sense this person lacks a self. Such things do not create much of a stir in the world, for a self is the last thing the world cares about and the most dangerous thing of all for a person to show signs of having. The greatest hazard of all, losing one’s self, can occur very quietly in the world, as if it were nothing at all. No other loss can occur so quietly; any other loss — an arm, a leg, five dollars, a wife, etc. — is sure to be noticed.

The end of the first chapter, “tuning my piano,” of John Barth’s The Floating Opera:

Why The Floating Opera? I could explain until Judgment Day, and still not explain completely. I think that to understand any one thing entirely, no matter how minute, requires the understanding of every other thing in the world. That’s why I throw up my hands sometimes at the  simplest things; it’s also why I don’t mind spending a lifetime getting ready to begin my Inquiry. Well, The Floating Opera. That’s part of the name of a showboat that used to travel around the Virginia and Maryland tidewater areas: Adam’s Original & Unparalleled Floating Opera; Jacob R. Adam, owner and captain; admissions 20, 35, and 50 cents. The Floating Opera was tied up at Long Wharf on the day I changed my mind, in 1937, and some of this book happens aboard it. That’s reason enough for me to use it as a title. But there’s a better reason. It always seemed a fine idea to me to build a showboat with just one big flat open deck on it, and to keep a play going continuously. The boat wouldn’t be moored, but would drift up and down the river on the tide, and the audience would sit along both banks. They could catch whatever part of the plot happened to unfold as the boat floated past, and then they’d have to wait until the tide ran back again to catch another snatch of it, if they still happened to be sitting there. To fill in the gaps they’d have to use their imaginations, or ask more attentive neighbors, or hear the word passed along from upriver or downriver. Most times they wouldn’t understand what was going on at all, or they’d think they knew, when actually they didn’t. Lots of times they’d be able to see the actors, but not hear them. I needn’t explain that that’s how much of life works: our friends float past; we become involved with them; they float on, and we must rely on hearsay or lose track of them completely; they float back again, and we either renew our friendship—catch up to date—or find that they and we don’t comprehend each other any more. And that’s how this book will work, I’m sure. It’s a floating opera, friend, fraught with curiosities, melodrama, spectacle, instruction, and entertainment, but it floats willy-nilly on the tide of my vagrant prose: you’ll catch sight of it, lose it, spy it again; and it may require the best efforts of your attention and imagination—together with some patience, if you’re an average fellow—to keep track of the plot as it sails in and out of view. 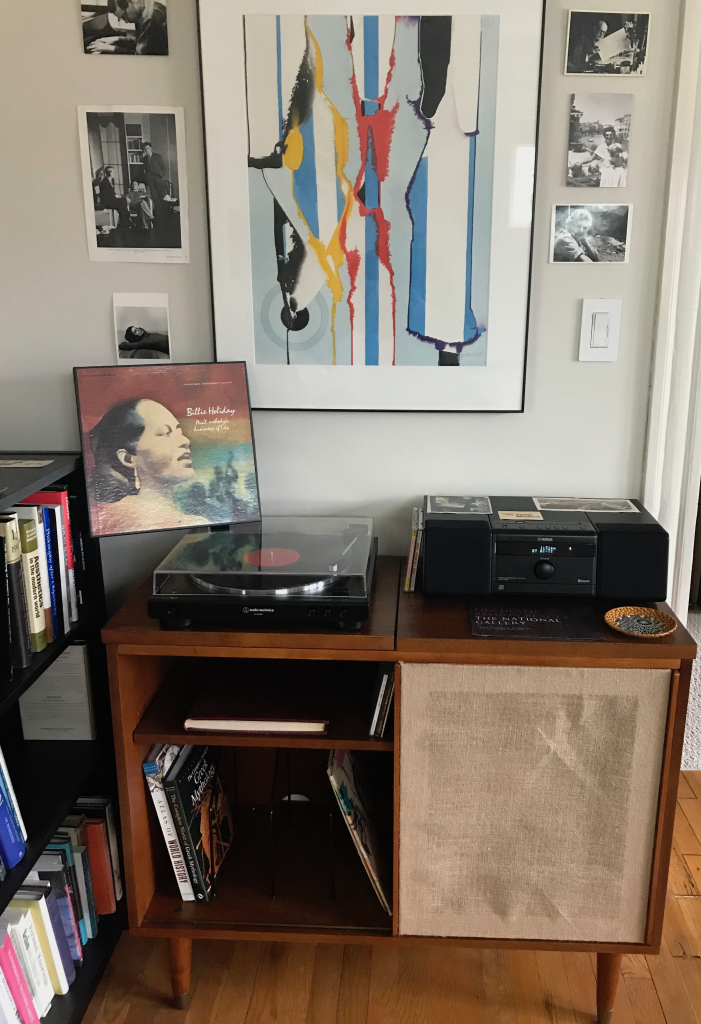 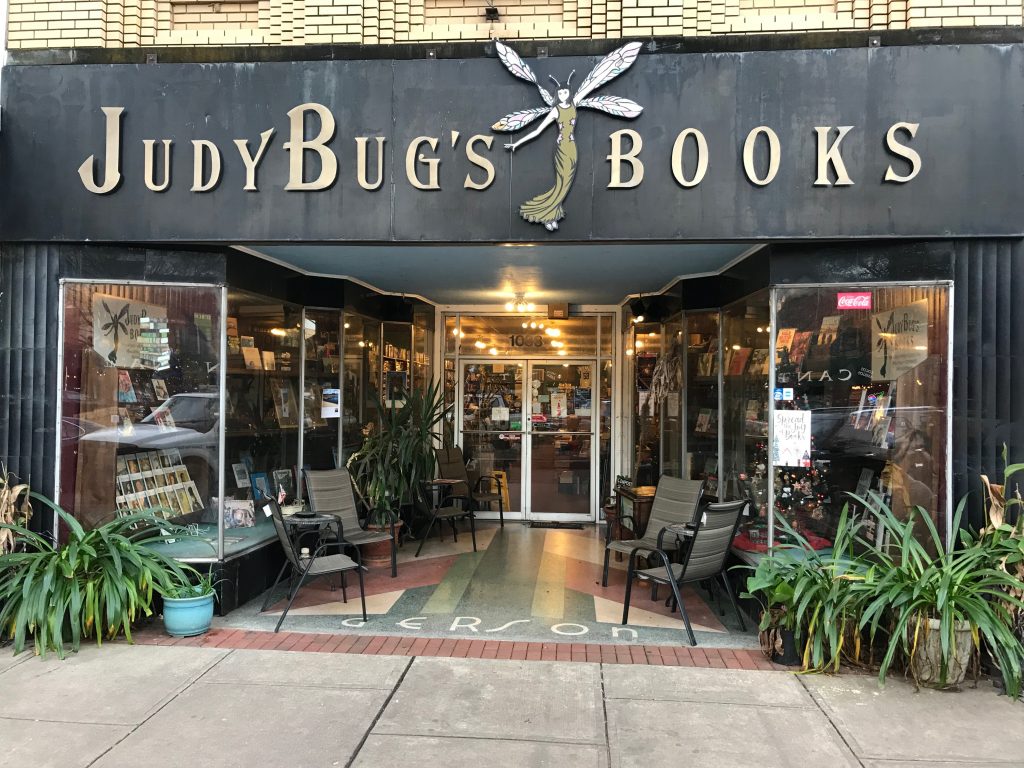 Last week, for the first time in fourteen and a half years, I visited the used bookstore I used to frequent in high school.

It hardly has changed. The walls are the same hunter green, the shelves still crammed with more books, and more good books, than one expects to find there. I saw and smelled my way back into a life I had forgotten I could remember. There was the section where I first read Prufrock in an original edition, the music of the twenty-two-year-old Eliot writing about a middle-aged man making more an impression of sound than sense to my seventeen-year-old ears, the words issuing, in part, some promise of the learning and the language Cambridge would hold for me; there was the table in the back corner where I first played chess, hardly worse than I do today, but at least then I won.

And though I did not buy my copy of A Portrait of the Artist as a Young Man there—instead I used an ugly, serviceable edition from Barnes & Noble, paired with Dubliners, the pages of which are filled with overwrought teenage marginalia I now wince to read—suddenly I found myself thinking of the last paragraph of this familiar passage as I stood there as I might have when my mother was still alive, a boy wondering what it meant to be both an artist and a young man, seduced by the surprise of the scholastic secret, the knowledge of words, and as I quoted the words to myself, that phrase I would take as a credo, I recalled that moment of first being taken in by the idea of beauty, reading these pages to myself in that solitary salvific silence Stephen describes, paying no mind to Lynch, and knowing that cardiac condition, which I still know, however blushingly:

—To finish what I was saying about beauty, said Stephen, the most satisfying relations of the sensible must therefore correspond to the necessary phases of artistic apprehension. Find these and you find the qualities of universal beauty. Aquinas says: Ad pulcritudinem tria requiruntur integritas, consonantia, claritas. I translate it so: Three things are needed for beauty, wholeness, harmony, and radiance. Do these correspond to the phases of apprehension? Are you following?

—Of course, I am, said Lynch. If you think I have an excrementatious intelligence run after Donovan and ask him to listen to you.

Stephen pointed to a basket which a butcher’s boy had slung inverted on his head.

—Look at that basket, he said.

—In order to see that basket, said Stephen, your mind first of all separates the basket from the rest of the visible universe which is not the basket. The first phase of apprehension is a bounding line drawn about the object to be apprehended. An esthetic image is presented to us either in space or in time. What is audible is presented in time, what is visible is presented in space. But temporal or spatial, the esthetic image is first luminously apprehended as shelfbounded and self-contained upon the immeasurable background of space or time which is not it. You approach it as one thing. You apprehend its wholeness. That is integritas.

—Then, said Stephen, you pass from point to point, led by its formal lines; you apprehend it as balanced part against part within it limits; you feel the rhythm of its structure. In other words, the synthesis of immediate perception is followed by the analysis of apprehension. Having first felt that it is one thing you feel now that it is a thing. You apprehend it as complex, multiple, divisible, separable, made up of its parts, the result of its parts and their sum, harmonious. That is consonantia.

—Bull’s eye again! said Lynch, wittily. Tell me now what is claritas and you win the cigar.

—The connotation of the word, Stephen said, is rather vague. Aquinas uses a term which seems to be inexact. It baffled me for a long time. It would lead you to believe that he had in mind symbolism or idealism, the supreme quality of beauty being a light from some other world, the idea of which the matter was but the shadow, the reality of which it was but the symbol. I thought he might mean that claritas was the artistic discovery and representation of the divine purpose in anything or a force of generalization which would make the esthetic image a universal one, make it outshine proper conditions. But that is literary talk. I understand it so. When you have apprehended that basket as one thing and have then analyzed it according to its form and apprehended it as a thing you make the only synthesis which is logically and esthetically permissible. You see that it is that thing which it is and no other thing. The radiance of which he speaks is the scholastic quidditas, the whatness of a thing. This supreme quality is felt by the artist when the esthetic image is first conceived in his imagination. The mind in that mysterious instant Shelley likened beautifully to a fading coal. The instant wherein that supreme quality of beauty, the clear radiance of the esthetic image, is apprehended luminously by the mind which has been arrested by its wholeness and fascinated by its harmony is the luminous silent stasis of esthetic pleasure, a spiritual state very like to that cardiac condition which the Italian physiologist Luigi Galvani, using a phrase almost as beautiful as Shelley’s, called the enchantment of the heart.

It can’t be helped: boredom is not simple. We do not escape boredom (with a work, a text) with a gesture of impatience or rejection. Just as the pleasure of the text supposes a whole indirect production, so boredom cannot presume it is entitled to any spontaneity: there is no sincere boredom: if the prattle-text bores me personally, it is because in reality I do not like the demand. But what if I did like it (if I had some maternal appetite)? Boredom is not far from bliss: it is bliss seen from the shores of pleasure.

[…] Perhaps
That is the only purity—to leave

The husk behind, and leap
Into the blind and antiseptic anger of air.

Heidegger, What Is Called Thinking?, translated by Fred Wieck and J. Glenn Gray:

Let us stop here for a moment, as we would to catch our breath before and after a leap. For that is what we are now, men who have leapt, out of the familiar realm of science and even, as we shall see, out of the realm of philosophy. And where have we leapt? Perhaps into an abyss? No! Rather, onto some firm soil. Some? No! But on that soil upon which we live and die, if we are honest with ourselves. A curious, indeed unearthly thing that we must first leap onto the soil on which we really stand.