“Sad is the lot of the interjection, for of all the parts of speech it has the lowest place. There is none to praise it.” On the way from Latin to French, the penultimate syllable of the proparoxytone succumbed. Mallarmé was so touched by this that he wrote a prose poem on the “Death of the Penultimate” (Le Démon de l’analogie in Divagations). It ends: Je m’enfuis, bizarre, personne condamnée à porter probablement le deuil de l’explicable Penultième. Grammar too has its tragedies.

From the Wikipedia page on Paul Valéry:

Valéry’s most striking achievement is perhaps his monumental intellectual diary, called the Cahiers (Notebooks). Early every morning of his adult life, he contributed something to the Cahiers, prompting him to write: “Having dedicated those hours to the life of the mind, I thereby earn the right to be stupid for the rest of the day.”

The subjects of his Cahiers entries often were, surprisingly, reflections on science and mathematics. In fact, arcane topics in these domains appear to have commanded far more of his considered attention than his celebrated poetry. The Cahiers also contain the first drafts of many aphorisms he later included in his books. To date, the Cahiers have been published in their entirety only as photostatic reproductions, and only since 1980 have they begun to receive scholarly scrutiny. The Cahiers have been translated into English in five volumes published by Peter Lang with the title Cahiers/Notebooks.

Valéry saw everything from the point of view of the intellect. The mind has been said to be his only subject. His preoccupation was the pursuit of consciousness, and no one knew better than he that his pursuit led through man into the world. Valéry’s deep concern was always with some possibility, some potential of the mind. He looked at seashells, read mathematical physics, went to the theater, or waked early in the morning, all for the same purpose—to receive the light from these diverse angles, times, and objects upon his obsessive center: the conscious mind.

Consciousness is in itself dramatic, embodied as it is in its opposite, the human flesh. It is that quality which cannot be isolated or known. […] Like the wind, it may be “seen” only in other things. […]

It is this “point of view” of the intelligence that tells us the nature of Valéry’s work. It has been said that his Introduction to the Method of Leonardo da Vinci was rather an introduction to his own method, for what he did was to imagine the structure and operation of a mind so complete, so universal, that all the sciences and all the arts were its tools. If such a man ever actually existed, said Valéry, it was certainly Leonardo.

[…] The mind as it knows and suffers in man, as it lives in science, myth, or the arts; consciousness as it ranges from the lower limits of sleep upward through stages of waking and knowing, to the extreme limits of thought; the mind as it rises from the rich muck of the unconscious to the complex structures of the artistic or mathematical imagination; the human and historical condition of consciousness, the drama of consciousness: this may be the central subject of Valéry’s work. He called it the Intellectual Comedy.

Monsieur Teste is Valéry’s novel. Test himself may be seen as an ordinary fictional character, the lonely man of modern city life, a problem in everyday human relations. On the other hand, he is a mind behaving as a man, or to put it the other way, “a man regulated by his own powers of thought.” Monsieur Teste is the story of consciousness and its effort to push being off the stage.

But is it possible for a man to be all mind? Is Monsieur Teste possible? If not why is he impossible? That question, Valéry says, is the soul of Monsieur Taste: he is impossible because consciousness cannot entirely consume being and continue to exist. Consciousness depends on being. Sensibility is its home, knowledge is its profession. That is why Valéry had to invent Madame Test, all soul and sensibility; and Teste’s friend, his knowledge of the world.

The pieces that make up the present volume of Monsieur Teste are the occasional results of a lifetime of meditation on this question: how would a complete mind behave as an everyday man?

Valéry’s first conception of Monsieur Test was a kind of abstract man without a name—merely “the portrait of a certain Monsieur.” It may be that Valéry himself had not yet fully realized the importance of his creation and was hardly prepared to take Monsieur Test seriously. But that impression was erased when Valéry posed his basic question: Que peut un homme?”What is a man’s potential?” Here Valéry sounds his fundamental note.

On “the light from these diverse angles,” I think of the “innumerable reflections” in Ortega y Gasset’s preface to Meditations on Quixote. And on “sensibility is its home,” I am reminded of May Swenson’s “Question,” and the second stanza of Anne Sexton’s “The Poet of Ignorance“:

Perhaps I am no one.
True, I have a body
and I cannot escape from it.
I would like to fly out of my head,
but that is out of the question.
It is written on the tablet of destiny
that I am stuck here in this human form.
That being the case
I would like to call attention to my problem. 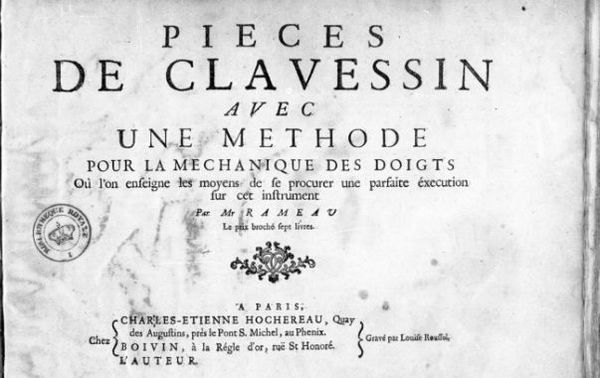 Translated in the Bärenreiter edition by Erwin Jacobi:

The continual exercise when walking gives everyone almost equally free movement of the knee. On the other hand, the little exercise we give to the movement of the fingers necessary for playing the harpsichord does not enable their freedom of movement to become developed: moreover, our particular habits cause the fingers to develop movements so opposed to those required for the harpsichord as to represent a constant setback to the development of this freedom: it finds obstacles even in any natural talent that we might have for music; if we are even a little sensitive towards the effects of this art, we make an effort to convey what we feel and this can be done only under a constraint which is detrimental to the performance: all the steps which ought to be taken to acquire suppleness are snatched from us by the impression received by our senses and for want of knowing how to reconcile this execution with the alertness of our imagination, we frequently persuade ourselves that it is Nature which has denied us an accomplishment of which, by our bad habits, we have deprived ourselves.

The gesture of painting defers to the authority, the absolute, almost giddy confidence that colors have in themselves. Similarly, the fidelity of words to the immemorial potential that is in them, and to its incessant initiatives, is what makes one dream of writing. This does not prevent, but explains the fact that in the gesture of painting there is an impossibility and ban on believing in colors as there is a disgust in relying on words in the gesture of writing.