As I began studying postwar Italian history, it became obvious that surrounding any crime or political event, there are always confusion, suspicion, and “the bacillus of secrecy.” So much so that dietrologia has become a sort of national pastime. It means literally “behindology,” or the attempt to trump even the most fanciful and contorted conspiracy theory. Dietrologia is the “critical analysis of events in an effort to detect, behind the apparent causes, true and hidden designs.” La Stampa has called it “the science of imagination, the culture of suspicion, the philosophy of mistrust, the technique of the double, triple, quadruple hypothesis.” It’s an indispensable sport for a society in which appearance very rarely begets reality. Stendhal wrote about it in The Character-house of Parma: “Italian hearts are much more tormented than ours by the suspicions and the wild ideas which a burning imagination presents to them.”

There is an interesting discussion of the word at the Language Log, and it’s the subject of a column in the Economist from 2011.

The opening of Mencken’s preface to A Mencken Chrestomathy (1949):

In my title I revive the word chrestomathy in its true sense of “a collection of choice passages from an author or authors,” and ignore the late addition of “especially one compiled to assist in the acquirement of a language.” In the latter significance the term is often used by linguists, and some of the chrestomathies issued by them in recent years—for example, Dr. Edgar H. Sturtevant’s “Hittite Chrestomathy” of 1935—are works of capital importance. But I see no reason why they should have a monopoly on what is not, after all, their invention. Nor do I see why I should be deterred by the fact that, when this book was announced, a few newspaper smarties protested that the word would be unfamiliar to many readers, as it was to them. Thousands of excellent nouns, verbs and adjectives that have stood in every decent dictionary for years are still unfamiliar to such ignoramuses, and I do not solicit their patronage. Let them continue to recreate themselves with whodunits, and leave my vocabulary and me to my own customers, who have all been to school. Chrestomathy is actually more than a century old in English, which makes it quite as ancient as scientist, which was invented by William Whewell in 1840, or anesthetic, which was proposed by Oliver Wendell Holmes I in 1846. In Greek, where it was contrived by joining chrestos, meaning useful, and mathein, meaning to learn, it goes back to Proclus Disdochos, who used it in Athens in the year 450.

Whether anyone will find anything useful in what follows, or learn from it otherwise, is not for me to guess, but at all events I like the word better than the omnibus, reader, treasury, miscellany, panorama and portable that have been so horribly overworked of late. 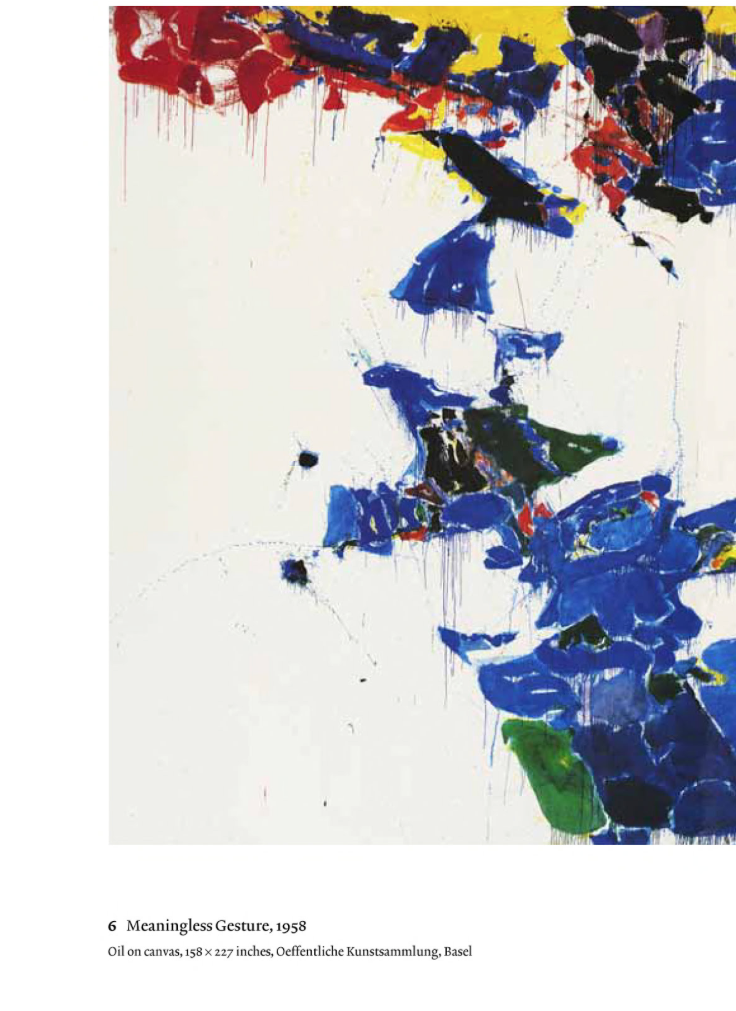 The gesture of painting defers to the authority, the absolute, almost giddy confidence that colors have in themselves. Similarly, the fidelity of words to the immemorial potential that is in them, and to its incessant initiatives, is what makes one dream of writing. This does not prevent, but explains the fact that in the gesture of painting there is an impossibility and ban on believing in colors as there is a disgust in relying on words in the gesture of writing.